A Day of Remembrance | Agent Skills Skip to content

A Day of Remembrance 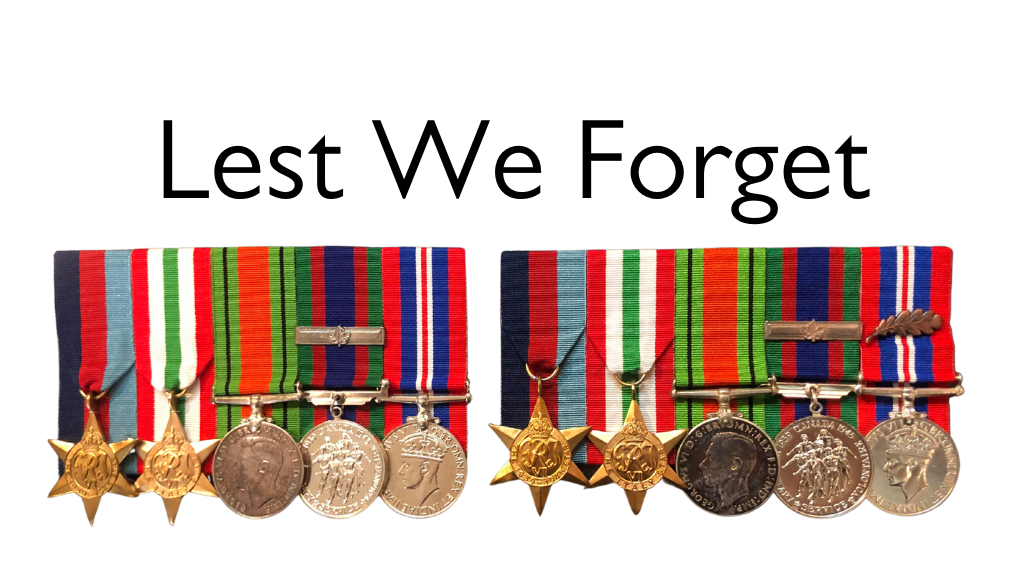 Yesterday was Remembrance Day in Canada and Veterans Day in the U.S.A. As I will explain, it’s an incredibly important day for me, so no Real Estate talk for this week.

Since I’m Canadian, and both my mum and dad served in WWII, I will talk about that specific conflict within this post.

A few facts about Canada’s involvement in WWII:

1. Canada declared war on Germany on September 10, 1939, seven days after the United Kingdom did so, and more than two years before the United States entered the war (after Pearl Harbor).

2. 1.1 million Canadians served in the war, representing 10% of the total population at the time/ This included virtually every able-bodied young man, 99% of them volunteers.

4. At the end of WWII—despite our relatively tiny population—Canada had the world’s fourth-largest air force and the fifth largest navy. In addition, the Canadian Army was a crucial participant in D-Day (June 6, 1944), Operation Husky (July 10, 1943), and numerous other important campaigns throughout the war.

Like so many others, my dad lied about his age and signed up at 17. His father implored him to join any branch of the service “except the infantry,” as he himself had seen the horrors of the front lines during WWI. Dad passed all the tests with flying colours and was asked which branch of the service he wished to join, to which he replied without hesitation, “The infantry, sir!”

As a proud member of the Seaforth Highlanders of Canada, dad was one of 26,000 young Canadians who landed on Sicily on the first day of Operation Husky, early in the morning on July 10, 1943. Within a few days of the landing, he was shot, badly wounded, and shipped off to hospital in North Africa, where he contracted malaria.

When he finally recovered, he was shipped straight back to the front lines, now approaching Ortona, Italy, where the Canadian 1st Infantry Division was under heavy fire from two battalions of elite German paratroopers.

There, he was shot a second time, severely wounded, and shipped off to hospital in North Africa once again. It was there that he learned his best friend, Ernie Gunter, had been killed in the Battle of Ortona.

My mum also heard the call of her country. She quit high school the first chance she could and went to secretary school to make herself useful (there weren’t many options for women at the time).

As soon as she was able, mum joined up as one of the original CWACs (Canadian Women’s Army Corps) and served as secretary to a high-ranking officer with the Royal Canadian Engineers behind enemy lines in Naples. Mum was one of only 43 CWACs to serve in the Italian campaign.

By the end of the war, having just turned 22, mum was a Staff Sergeant and personal secretary to the General in command of the Corps of Royal Canadian Engineers. She was offered an officership for her exemplary service, but she declined.

I’ll never forget dad proudly telling everyone that mum not only outranked him, but she was also more decorated. Mum had been ‘mentioned in dispatches,’ a great honour where a superior officer had written to high command and described her gallant or meritorious action in the face of the enemy. The award is signified by the bronze oak leaf attached to her 1939-45 War Medal (far right medal in the image), which is why dad rightfully said she was more decorated than him.

Mum stubbornly refused ever to tell us kids what exactly she had done to deserve this honour, always humbly telling us, “It was nothing compared to the sacrifices made by the boys fighting at the front lines.”

This is why Remembrance Day is so important to me and why I try to pass on its significance to my own kids. I feel incredibly fortunate to live in a place and era where we have the freedom to go where we want, do what we want, and say what we want, without fear of reprisal.

We have so much to be thankful for.