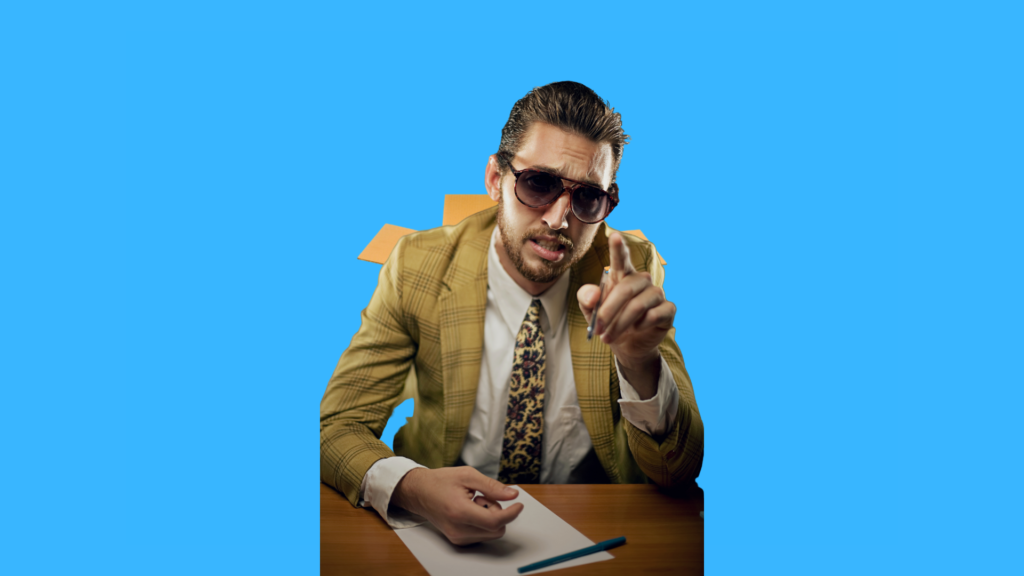 I call this the ‘Real’ Agent Memo because it’s for ‘real’ agents, as opposed to ‘fake’ agents.

A real agent/person is GENUINE. They are firmly grounded and quietly confident in themselves. They tend to be good listeners because they’re present in the moment. They’re not trying to figure out someone else’s agenda or worrying about their own.

Genuine people are self-aware of both their strengths and weaknesses. Therefore, rather than blaming others for their mistakes, they seek ways to improve themselves.

Side note: I could have called this the ‘Genuine Agent Memo,’ but I thought GAM sounded stupid. 🤣

A fake person is INAUTHENTIC. This stems from a sense of insecurity and a feeling of pressure to be something they’re not. They unconsciously hope their fake persona will help them to be more successful.

But inauthentic people are toxic to both themselves and those around them. Here are three more traits of inauthentic (FAKE) agents/people:

1. They don’t learn from their mistakes. Instead, they make excuses or blame others. Therefore, they never truly grasp the critical lessons that mistakes can teach us, holding them back from the success they want so badly.

2. They have high opinions of themselves and want to ensure everyone around them knows how great they are. They use this façade to cover up their inadequacies, not daring to look too deeply within for fear of what they might find.

3. They lack consistency and the ability to stay on track. Rather than giving all they can to a project, they tend to bounce from one thing to the next, unsuccessfully trying to do everything and be everywhere. This is because they lack core values and don’t actually know what they stand for.

I use the term, ‘Salesy Slickster’ to sum up inauthentic agents; slimeballs who will say or do anything to “get the deal” (collect a commission).

The opposite of the Salesy Slickster is the Real Agent who always has the clients’ best interests at heart and works hard to better themself for their client’s sake.

Unfortunately, as you know there are a lot of Salesy Slicksters who get a lot of business!

Nothing irks me more than a loud-mouthed know-it-all agent who struts around like a peacock, reeking of unwarranted confidence and spewing garbage that they’ve convinced themselves is true. I call it “authoritative spewing!”

I sometimes often ask myself, “Who in their right mind would hire this idiot/slimeball?”

But what can you do about it?

Stick to your core values. Listen to your client’s needs even more closely. Continue to tell the truth selflessly. Try to be a little bit better every day.

And what if you recognize in yourself some of the inauthentic traits I listed above?

Don’t worry! The fact that you felt a twinge of guilt means that you’re far more on the ‘real’ side of the spectrum than the ‘fake’ side. Truly inauthentic people would never admit or recognize that they’ve got a problem.

However, if you want to explore this subject further, try reading this article from Psychology Today, Develop Authenticity: 20 Ways to Be a More Authentic Person.

In the meantime, watch out for the next ‘Real Agent’ Memo in two weeks. And now you know the story behind the name!

For an in-depth look at this topic, check out Module 7. Communication Styles
Learn more