Good Habits - How to Get Them | Agent Skills Skip to content

Good Habits – How to Get Them 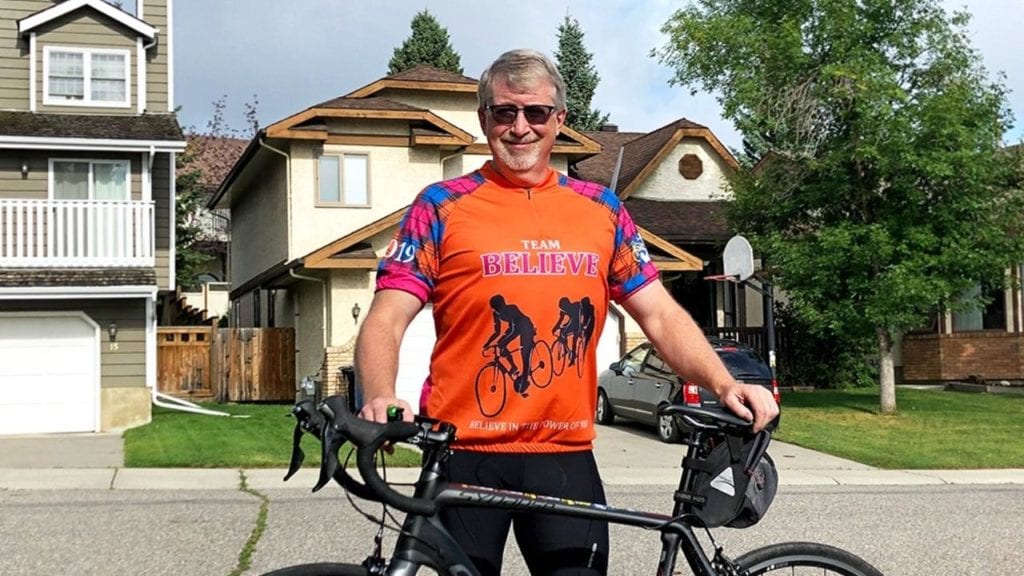 In 48 hours, I’m going to get on a bicycle and set out on an epic journey—220 kilometers—as part of the Enbridge Ride to Conquer Cancer.

If you’re young and fit, 220 kilometers may not seem like a huge challenge. But it sure is for me!

It was an even bigger challenge when I first joined Team Believe five years ago. I had several personal reasons to join the Fight to Conquer Cancer, but challenging myself to get into shape was one of them.

If I was going to have any hope of completing The Ride, I knew I would have no choice but to make some radical changes to my lifestyle.

Confession time: As a busy REALTOR®, I had completely let myself go physically. I was a big fat blob of mush. Imagine Fat Bastard (from the Austin Powers movies) riding a bike, and you’re not far off.

I’ll never forget my first practice ride in the spring of 2015. After five kilometers, I was not only completely winded, but my legs were screaming, “What’s this? Ex-er-cise? Stop this NOW!”

I thought to myself, “Oh boy, what have I done? I’m in big trouble here.”

By the way, this article is NOT going to be a lecture on getting into shape. It’s about something much bigger.

I’m not one to lecture on fitness, anyway. I smoked for half of my life. I was a mushy blob for MORE than half my life. I have other bad habits that I’m just now—finally—challenging myself to overcome.

We ALL struggle with our demons, and we ALL use excuses to hold us back from achieving our true potential.

“An excuse is simply a challenge that you’ve decided has power over you.” – Jen Sincero

I had gone all-in on The Ride, including publicly bragging to all my friends and family. Backing out was not an option. The wild boasting spree was before I went on that first 5K ride, by the way.

I started riding my bike three or four times a week. And, I started being more careful about what I was eating. I was a horrible junk food addict, so I began by simply eliminating junk food; then, I gradually adding a few more elements, such as drinking more water and not eating after 7:00 pm.

You don’t have to do it all at once, folks! If you’re having trouble getting started on a new habit, start with a baby step and build on it.

The pounds came off slowly but surely, and I gradually got in better shape. By the time that first epic ride came around, I was still scared stiff, but I was in FAR better shape compared to when I started training.

It was still the hardest thing I’ve ever done in my life. I rode the last 20K on sheer willpower, with tears streaming down my face.

I’ll never forget the feeling of accomplishment and camaraderie with my team-mates when I finally crossed that finish line.

Since then, having committed to participate in this event every year, I’ve made fitness part of my routine. I now work out three days a week at Orange Theory, and I love it!

My old excuses for not having fitness as part of my life seem pretty stupid now:

Now, my energy level has improved so dramatically that I have way more time to accomplish the things I need to get done every day!

Maintaining fitness is a simple good habit. And, the critical element to EVERY good habit is CONSISTENCY.

If you never go to the gym, and then you go once for three hours, that’s a waste of your time.

This is true for practically everything worthy of pursuing in this world. Think about it.

To achieve CONSISTENCY, you need to learn to time-block ‘Appointments with Yourself’ and then HONOR your commitment to those appointments, just as you would honor an appointment with your best client.

It sounds easy, but it’s not, because as a REALTOR®, you’ve trained yourself to put everyone else’s needs ahead of your own. But by doing so, you are holding yourself back from achieving your potential.

If you go to a seminar to learn how to be a better REALTOR®, but you don’t schedule times to apply what you’ve learned, you might as well not even go.

Knowledge is useless without Action!

Because I’ve discovered that most REALTORS® are terrible at ‘Getting Stuff Done.’ Most times, being a solopreneur is a new thing for REALTORS®, which means, for the first time, they don’t have someone else telling them what to do and when to do it. They haven’t learned self-discipline.

By making ‘Getting Stuff Done’ the first module, my students learn a few essential but straightforward work habits, which means they’re going to get FAR more out of the rest of the course.

It’s all about consistency, scheduling, and honoring your commitments with no excuses.

I used to dread going to the gym, but now I go to Orange Theory on specific days, three times EVERY week. I’ve learned to honor those ‘Appointments with Myself.’ There’s no self-debate about whether I should go or not. I just do it.

You can do the same with EVERYTHING you’re not currently doing, by simply learning a few necessary skills, and consistently applying them.

You can be reading this and agreeing with everything I’m saying, and absolutely nothing will change until you take ACTION.

The choice is yours. That’s the best and hardest thing about being a human.

For an in-depth look at this topic, check out Module 2. Getting Stuff Done
Learn more