How to Stop Being Late for Everything 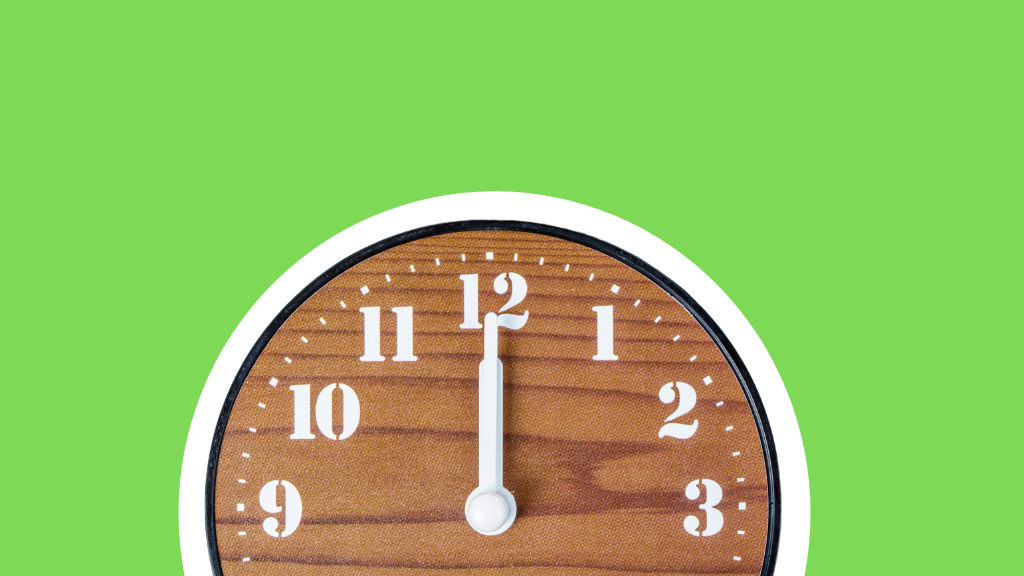 Are you a time-optimist? ⏱️

A time-optimist is a person who always thinks they can fit in one more thing, or they allow just enough time to get things done under ideal circumstances.

In other words, they’re late for everything. 🤣

They always have an excuse which they breathlessly explain immediately upon arrival. Once you get to know the time-optimist, it’s sort of a game to guess what excuse they will use this time.

Me? I’m early for everything, which means I’m a time-pessimist. I worry about being late.

To me, being late goes hand-in-hand with being disorganized and ineffective. Let’s look at a simple example to illustrate what I mean:

Me (a time-pessimist) and Otis (a time-optimist) both have listing appointments at 3:00 pm this afternoon. Coincidentally, the properties are side by side. 🏡🏠

I completed my initial CMA two days ago, fine-tuned it yesterday at 10:30 am, and reviewed it again today at 2:00 pm, an hour before my appointment. These events didn’t happen by fluke or because I’ve got more time to burn than Otis has. On the contrary, I’m far busier than Otis is, but I run my life by controlling my calendar.

I purposely scheduled ‘Appointments with Myself’ to ensure each step of my CMA process – including the fine-tuning session and final review – got completed on time.

My listing appointment is only 15 minutes away, but I leave at 2:30, just in case there’s heavy traffic or something else goes wrong.

I sail straight there and arrive early at 2:45. No problem. I park down the street and quickly review my CMA one more time. I’m feeling very confident with it, so I use the remaining extra time to check and respond to my messages.

Deliberately allowing extra time between appointments is one reason I’m always on top of everything. After all, I can run my entire life off my smartphone. Can’t you? 📱

At 2:55, I drive up to the house, park in the driveway, and quickly review my notes one last time before ringing the doorbell at precisely 3:00 pm. I go in, nail it, and walk out with the signed listing contract.

During that appointment, a funny thing happens. At around 3:07, I hear a car screeching to a stop outside, followed by a door-slam and rapid-fire footsteps.

That was Otis showing up seven minutes late. He left his office “on time” at 2:45, but apparently, he hit every red light on the way. That was his excuse this time. He uses that one quite frequently, now that I think about it.

As always, Otis has been super busy, so he never got around to starting his CMA until 2:00 pm (actually, it was 2:11). On the way over, he glanced over his CMA at the red lights, realized he messed it all up, and ended up stumbling through his presentation and not making much of an impression.

It turns out he’d already lost the listing at 3:05 anyway, before he even got there. Why?

Because his potential client was a time-pessimist (like me), and she was incensed that Otis would show up late for such an important meeting. 😡

If you’re a time-optimist, know this: Time-pessimists don’t buy into your feeble excuses for always being late. We see this as a weakness of character and completely disrespectful of our time. After all, we make sure we’re on time for appointments. Why can’t you?

Let’s take a look at why Otis’s life is so hectic. Is he just plain way busier than me? It sure seems that way. 🤔

Nope! In fact, I’m doing three times the volume of business compared to Otis. There are numerous reasons for this, but I’ll tell you one of the most important:

If you are one, it’s time to get more pessimistic (about time)!

This is a massive topic that’s not going to get resolved by reading a three-minute blog post. But here’s a hot tip to get you started:

Stop trying to be on time, and start planning (using your calendar) to be 15 minutes early. Just try it for one week, and then tell me you aren’t far more efficient and organized.

A 15-minute time shift can completely change your life.

A personal note from Ted: I’m a natural-born optimist about most things, but when it comes to time, I’m a pessimist. It’s basically part of my DNA to fret over being late, which I’m grateful for.

But being a time-pessimist doesn’t mean I’m a naturally organized person. In fact, I’ve got a not-so-mild form of ADHD, and I’ve had to learn skills to overcome this. Otherwise, I’d be a total mess.

The point is if you’re a time-optimist, and you think there’s nothing you can do about it, stop fooling yourself. The skills you need to stop feeling so out of control and behind all the time are entirely learnable.